Recently, I got an invitation from bq for the launch of their first Android One in Spain and Portugal. The event took place in Madrid. A couple of journalists and bloggers from Germany (including me) and France were also invited for a tour through the offices and labs from bq in their headquarters in Madrid. There, they showed us some details about the development of their smartphones and how they test the hardware. While the presentation of the Android One Smartphone wasn’t that much interesting for me, the latter part of the event was even more interesting!

Transparency side note: bq paid me the trip to Madrid! 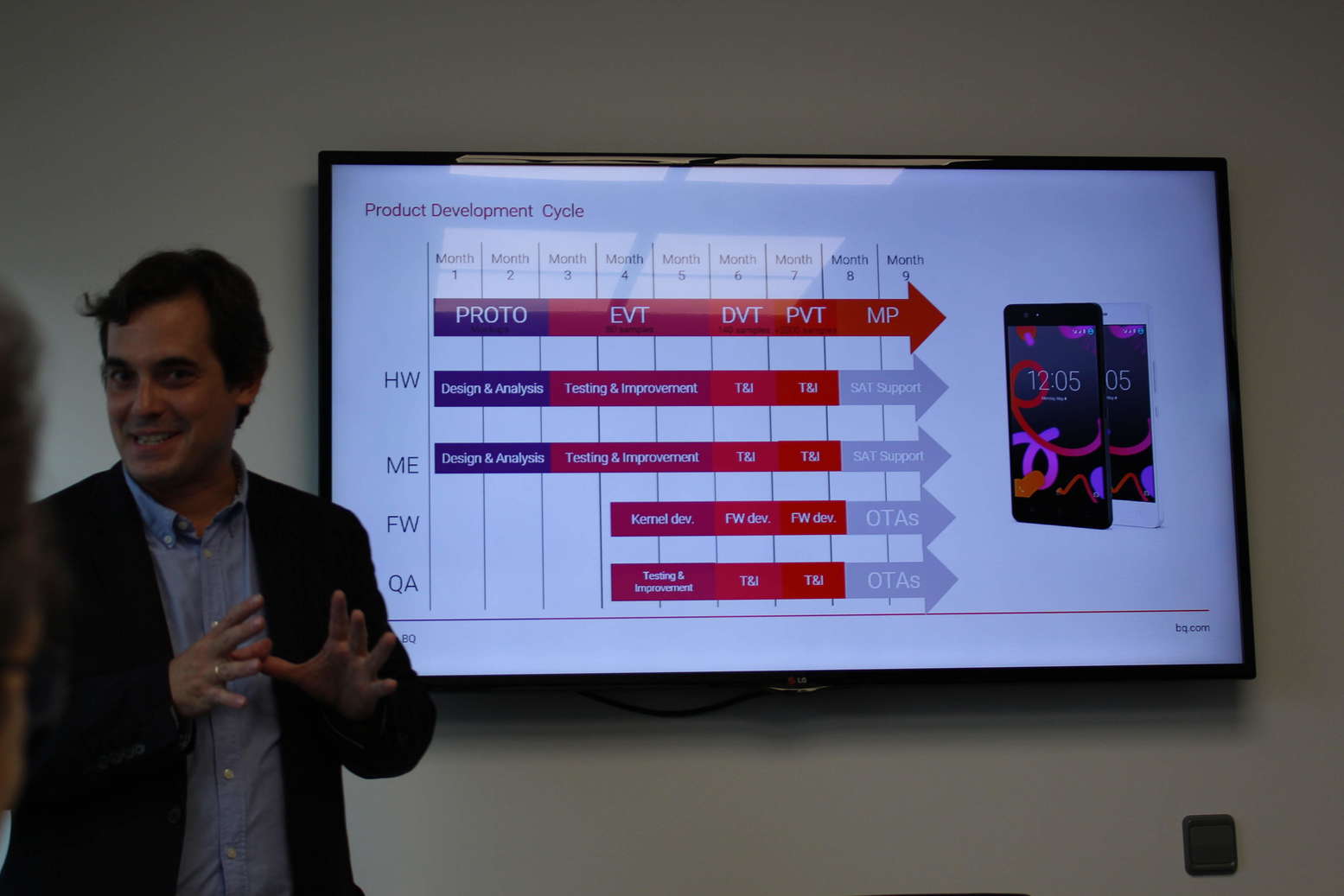 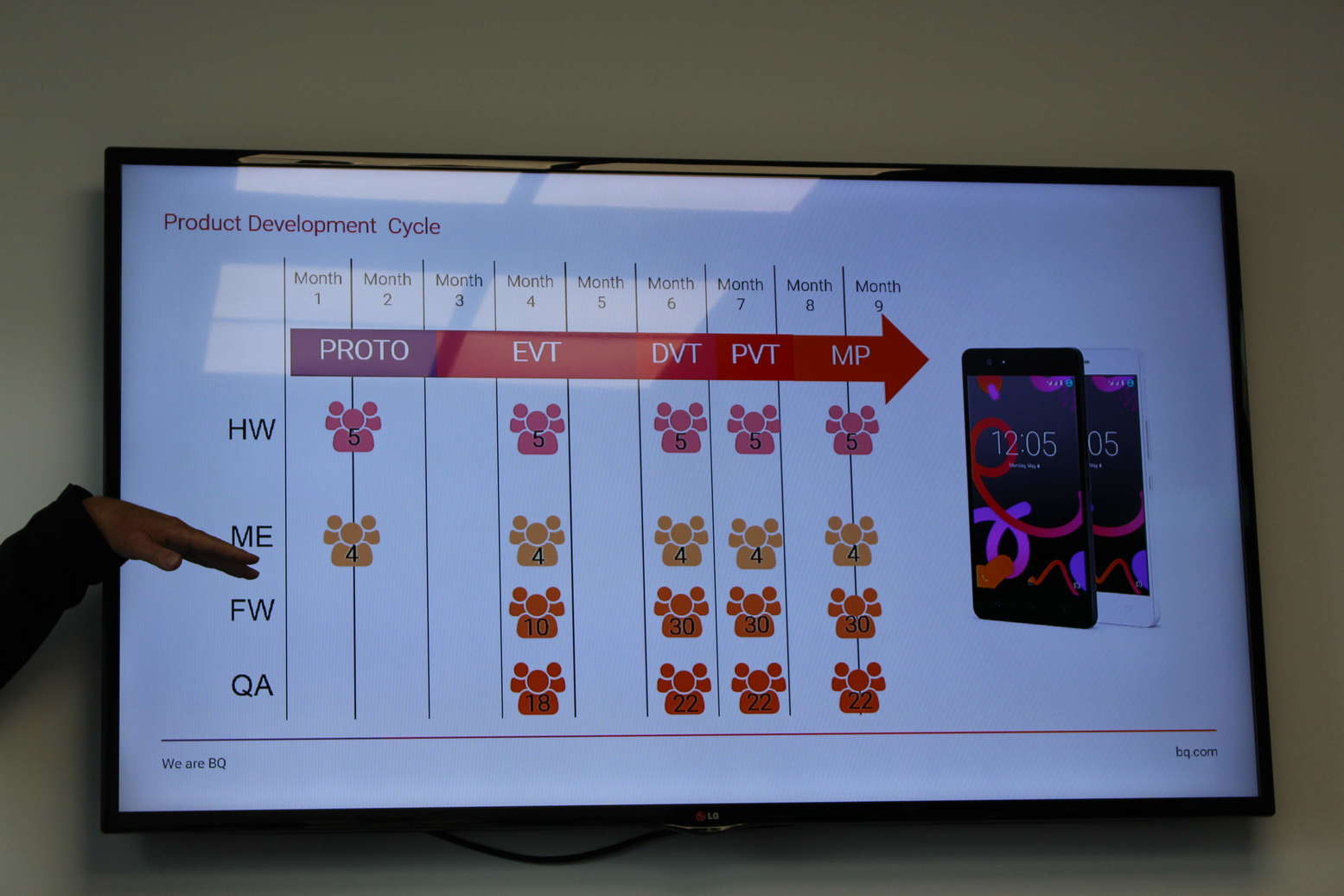 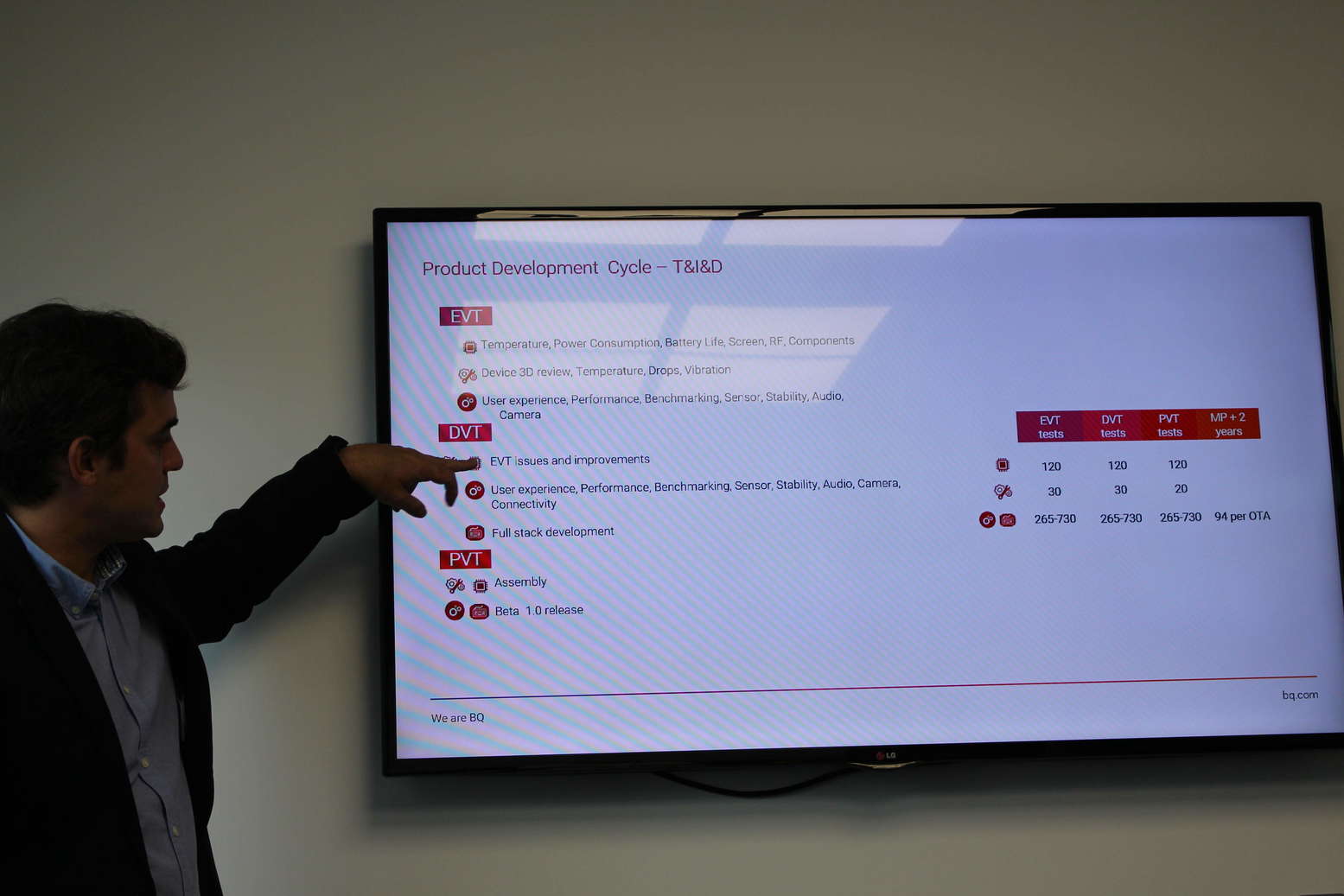 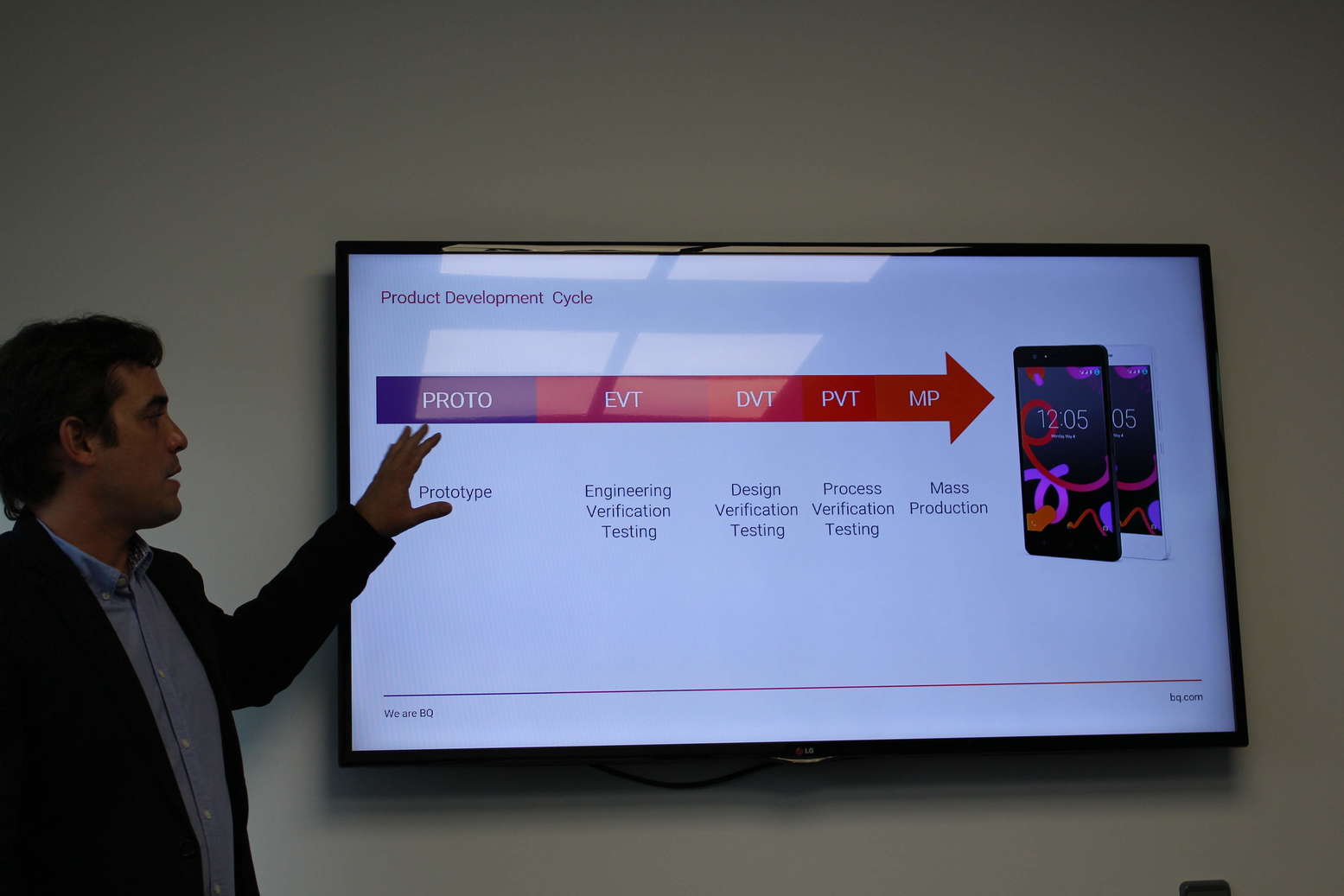 At the beginning the deputy CEO Rodrigo del Prado, who I also met in London at the Ubuntu Phone Launch Event, presented the recent developments of bq. The company itself is pretty young and widely unknown to “normal” people outside from Portugal and Spain. While they started with selling Ebook-Readers, they now focus and Smartphones and Tablets running Android. As a side-project they’re also selling the first both Ubuntu Phones, which shouldn’t be news for the Ubuntu Planet ;-).

Currently bq focuses on the European market. They develop the hardware and software in Madrid, but they’re manufactured in China. There are currently no plans for enter the north-american market - so you probably can’t expect a bq Ubuntu Phone in the US in the near future. 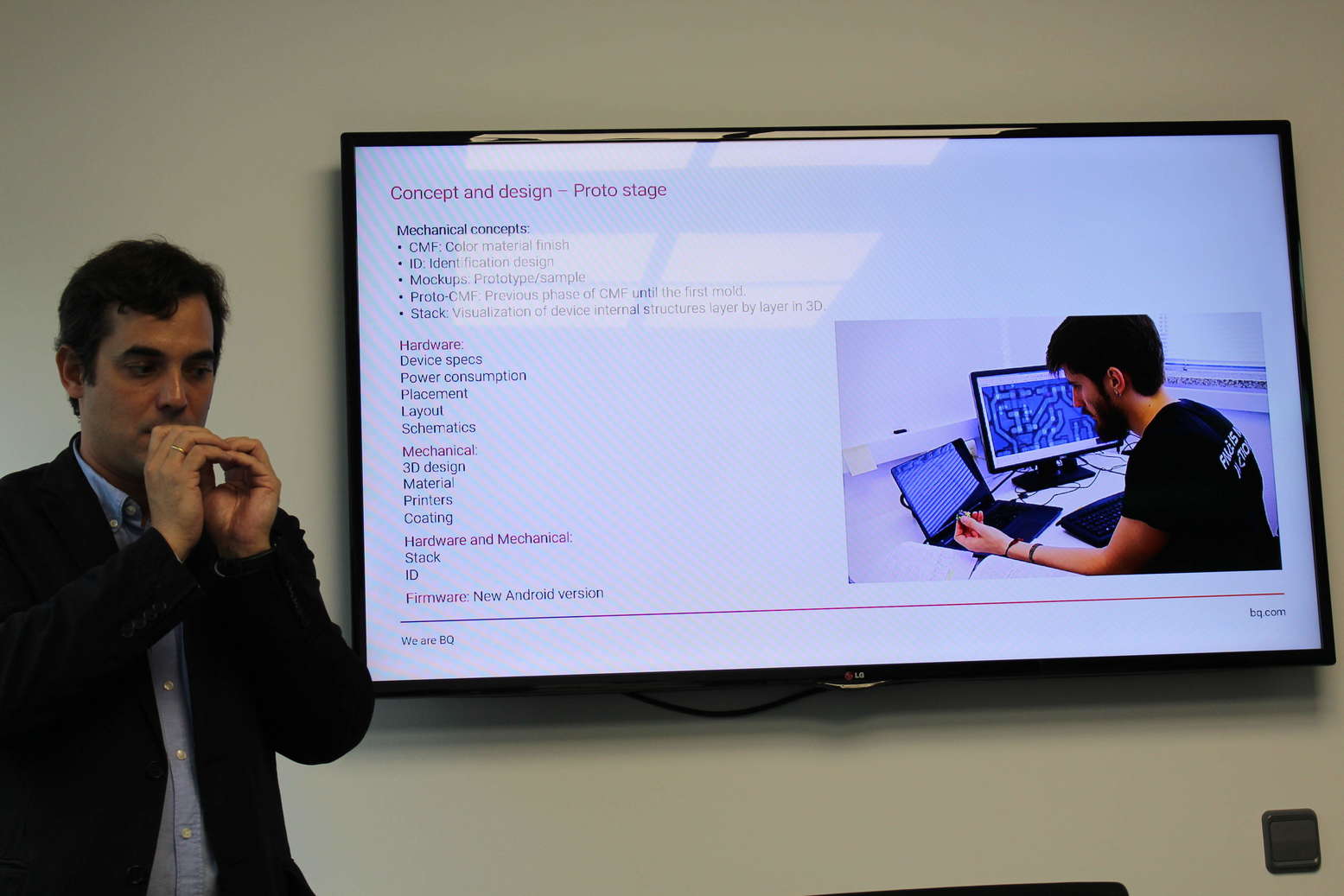 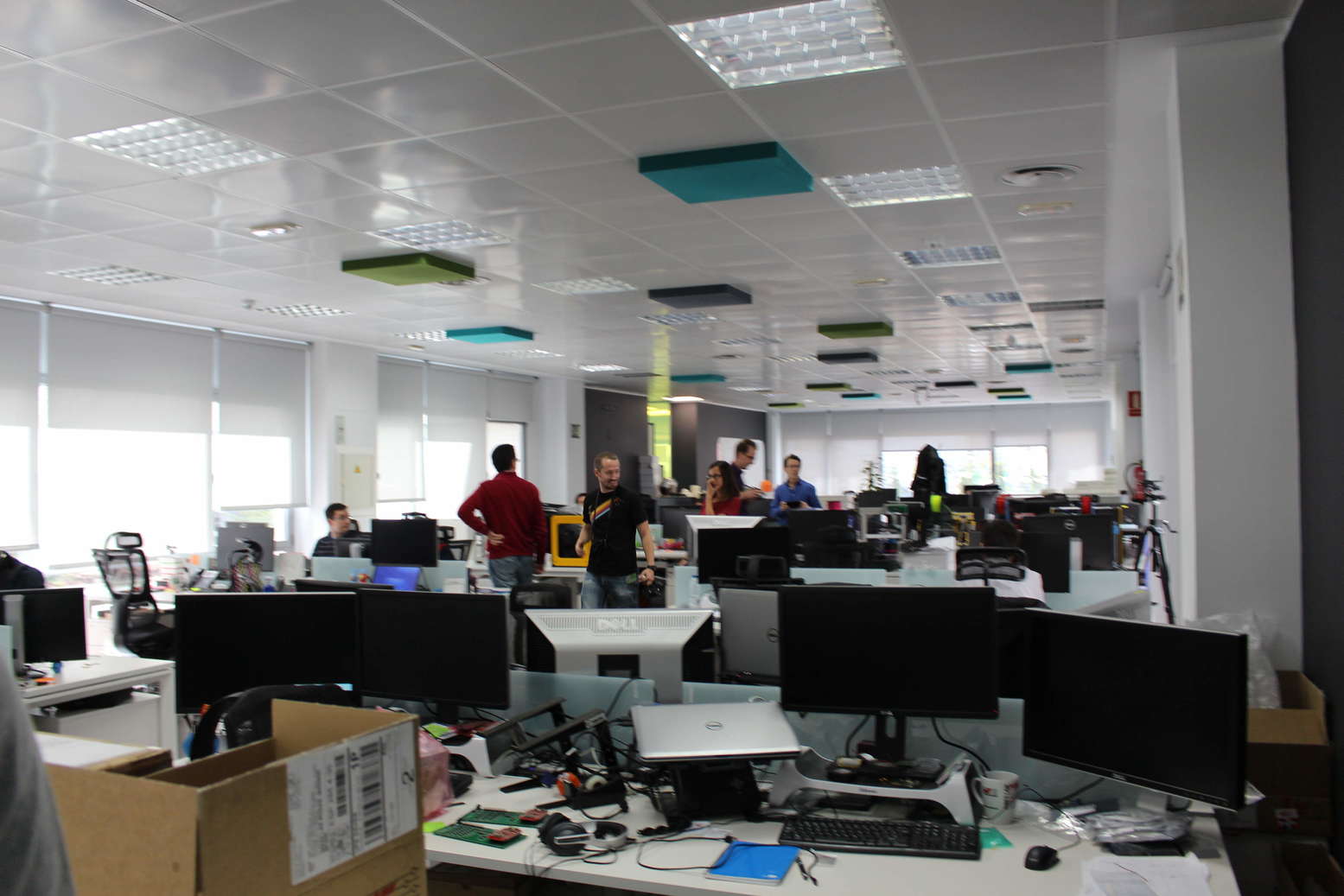 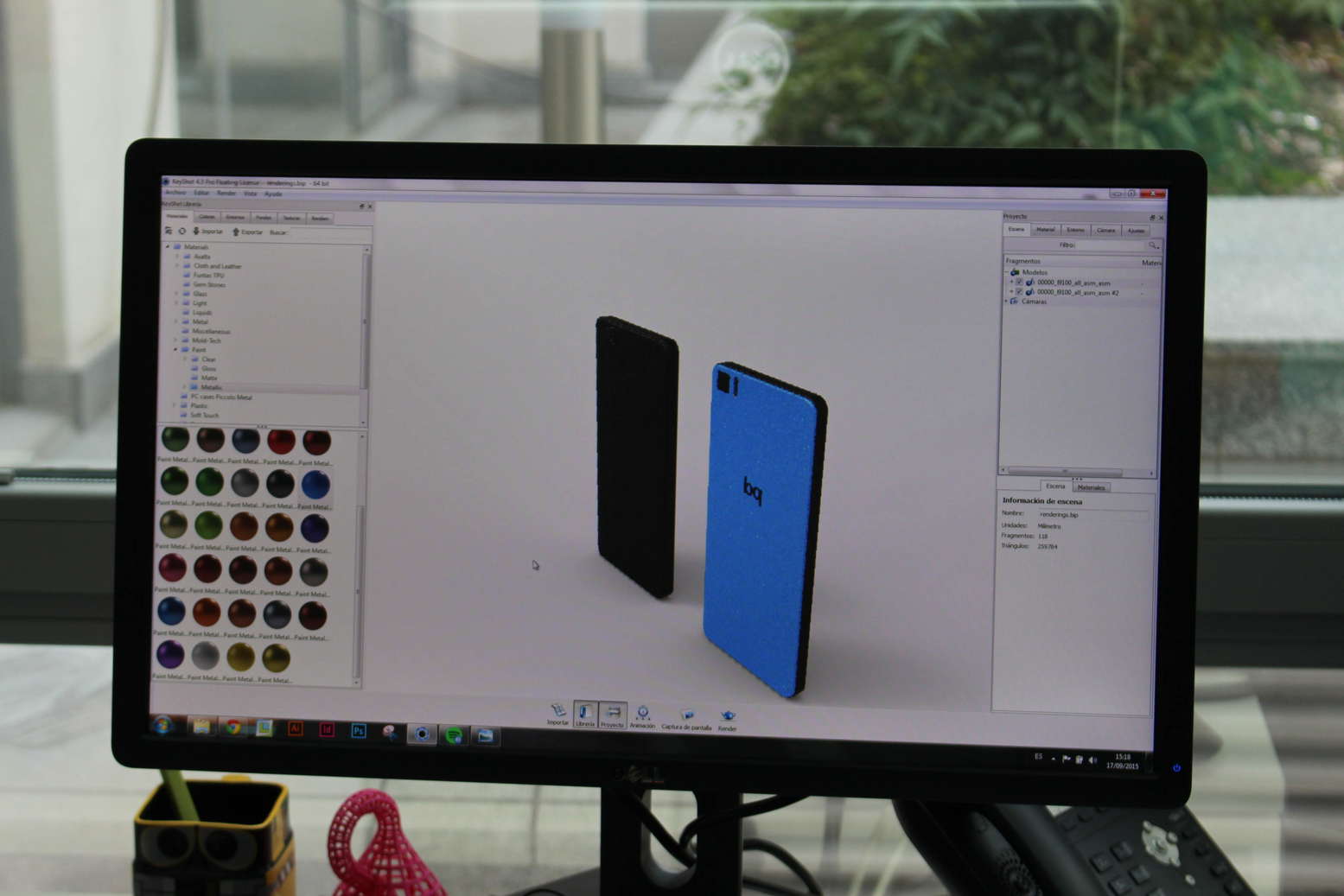 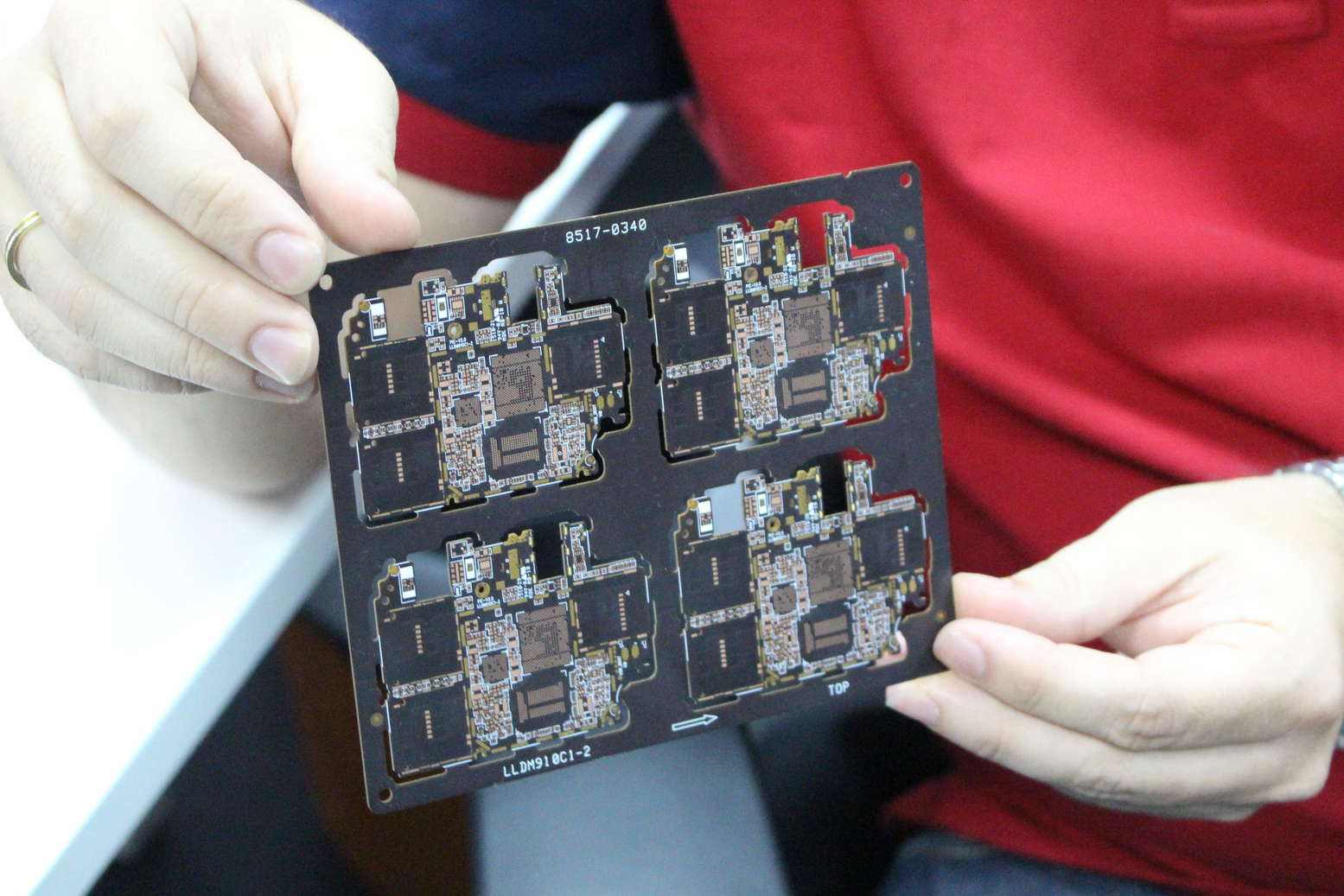 BQ did tell us a lot details about their development process. In a couple of charts, they showed us how long they need to develop a device from scratch: 9 months. In the first two months they mainly focus on working at the first prototype. Two teams do work in this stage: the visual designers and the mechanic designers. The first group of designers are responsible for the appearance of the device, the mechanic desigerns work on the internal hardware design. All hardware components, like the board, the screen, etc. must fit together, so both teams has to work closely together. In this early stage of the development only nine people work on the prototypes.

After finishing the first prototypes, the first test-production starts with only 80 devices. In the next three months bq works on the “Engineering Verification Testing”, where they test the general functionality of the hardware. They’re also implementing corrections and making improvements on the hardware. This phase also includes the first basic tests in power consumption, temperature, camera and many more. In the mean time, the software developers are starting their work on the kernel and porting the software.

The third phase is the “Design Verification Process”, where they continue to improve the devices. The number of devices is a bit higher now, with roughly 140 sample devices. This is also the stage, where the software developer are working on the full stack - not only the hardware support any more.

After that, the bigger tests are starting in the “Process Verification Test”. This is an unofficial beta-release of the device, where all the developments and tests from the previous phases. The main target of this stage is, to find as many bugs as possible. The hardware of the device is nearly fixed, if they find bigger problems in this stage, they have to go back and nearly have to start again. The overall number of testing devices are 2000. In the 8th and 9th month, the device will finally go into the mass production. After that, only OTA-Updates will follow. 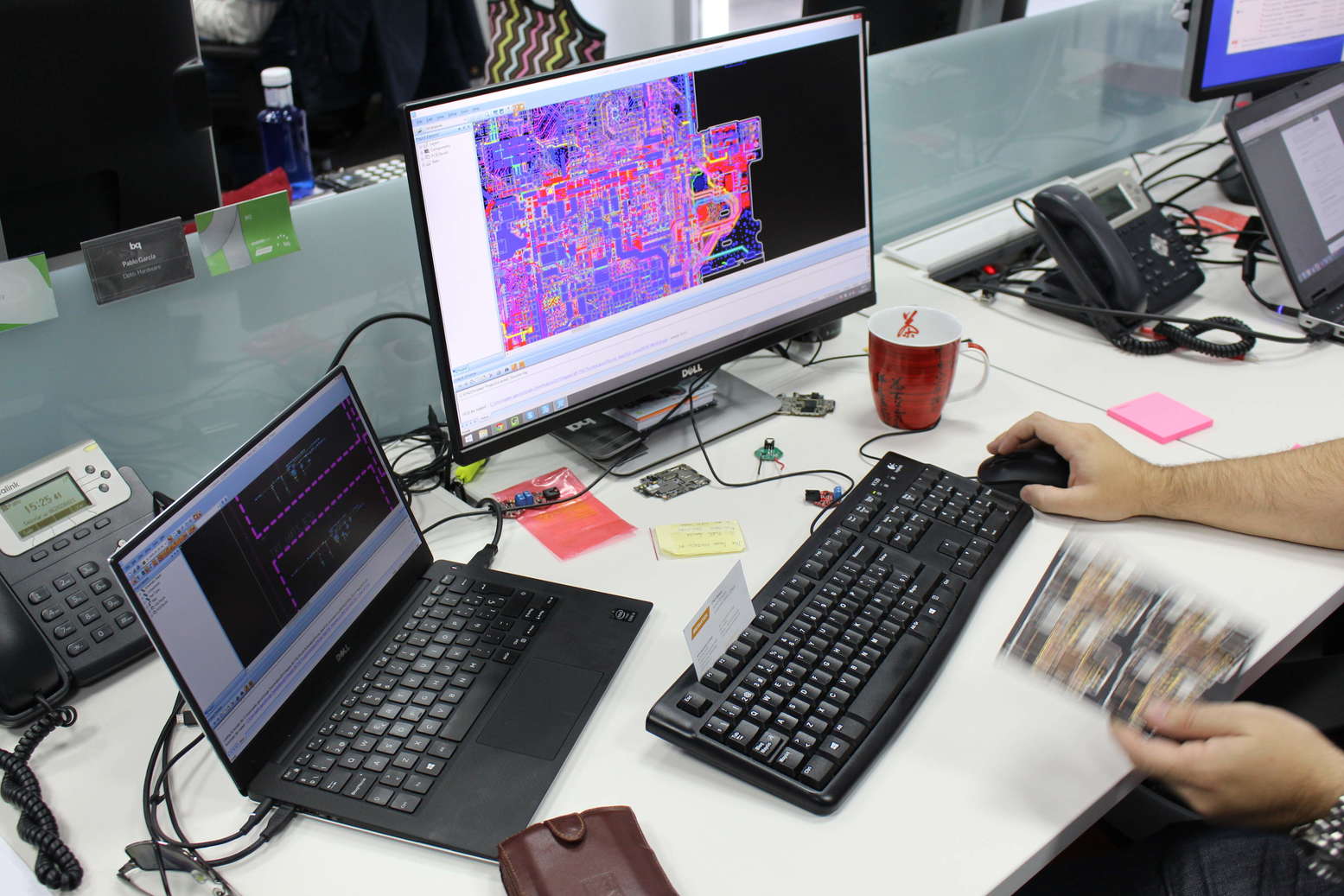 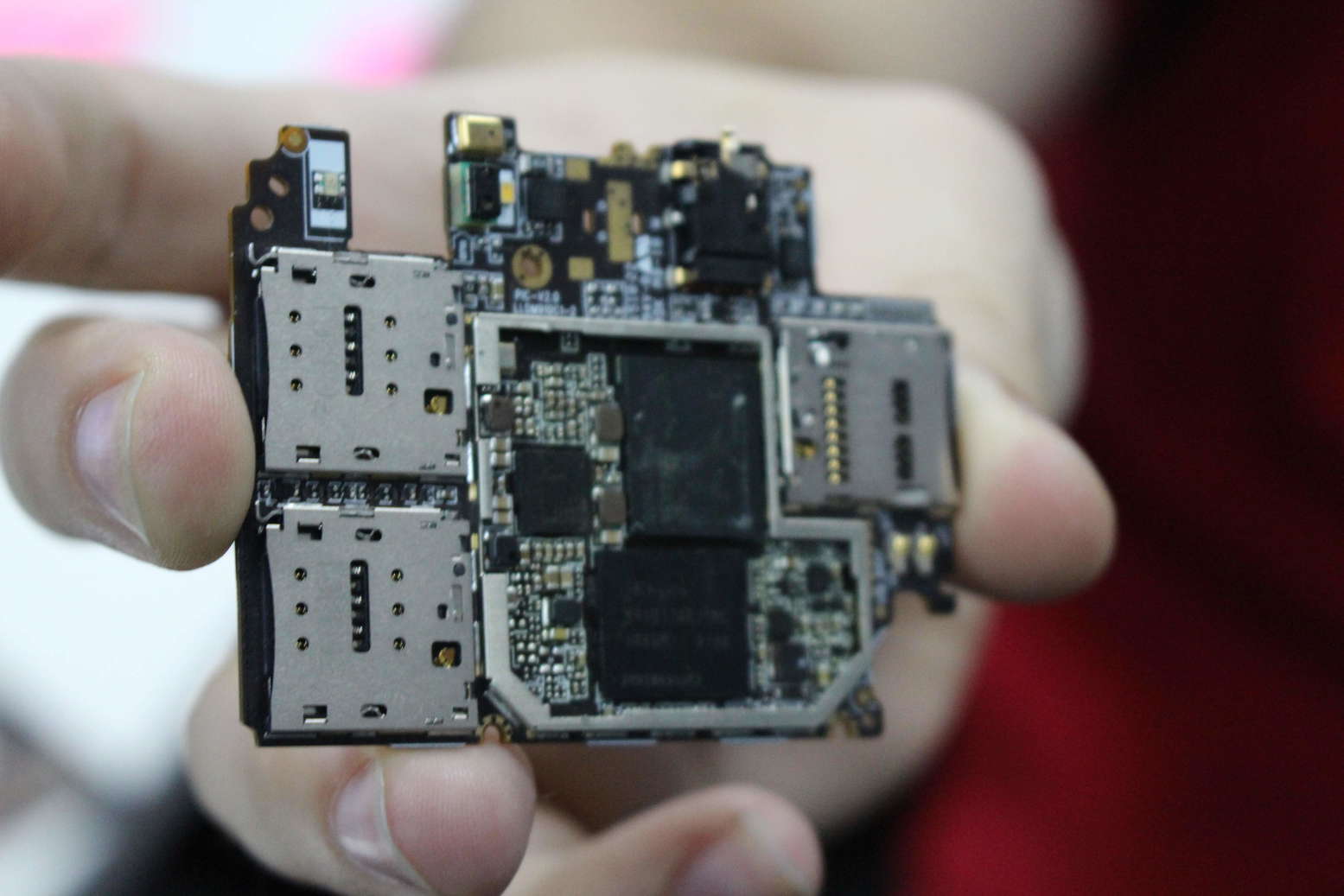 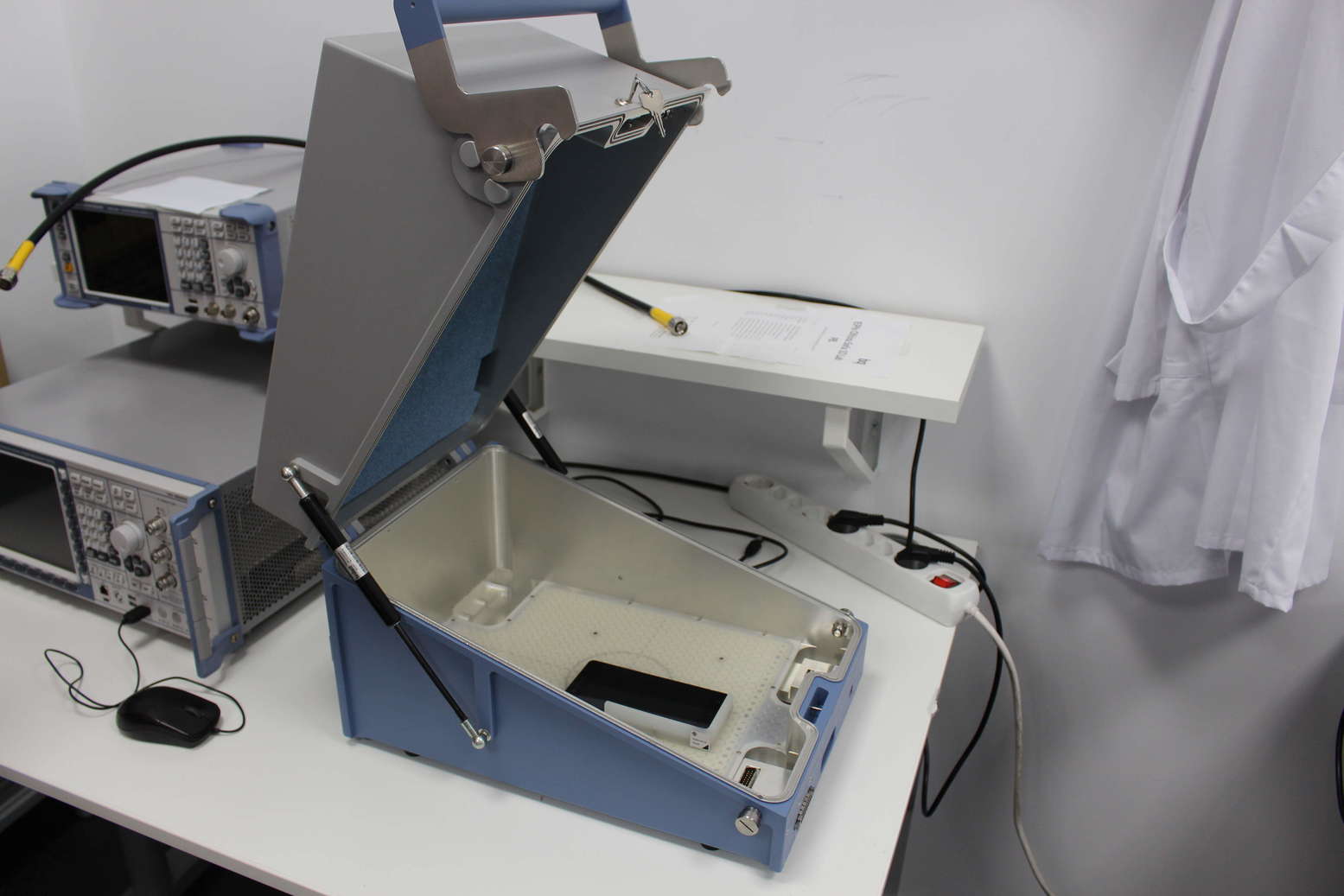 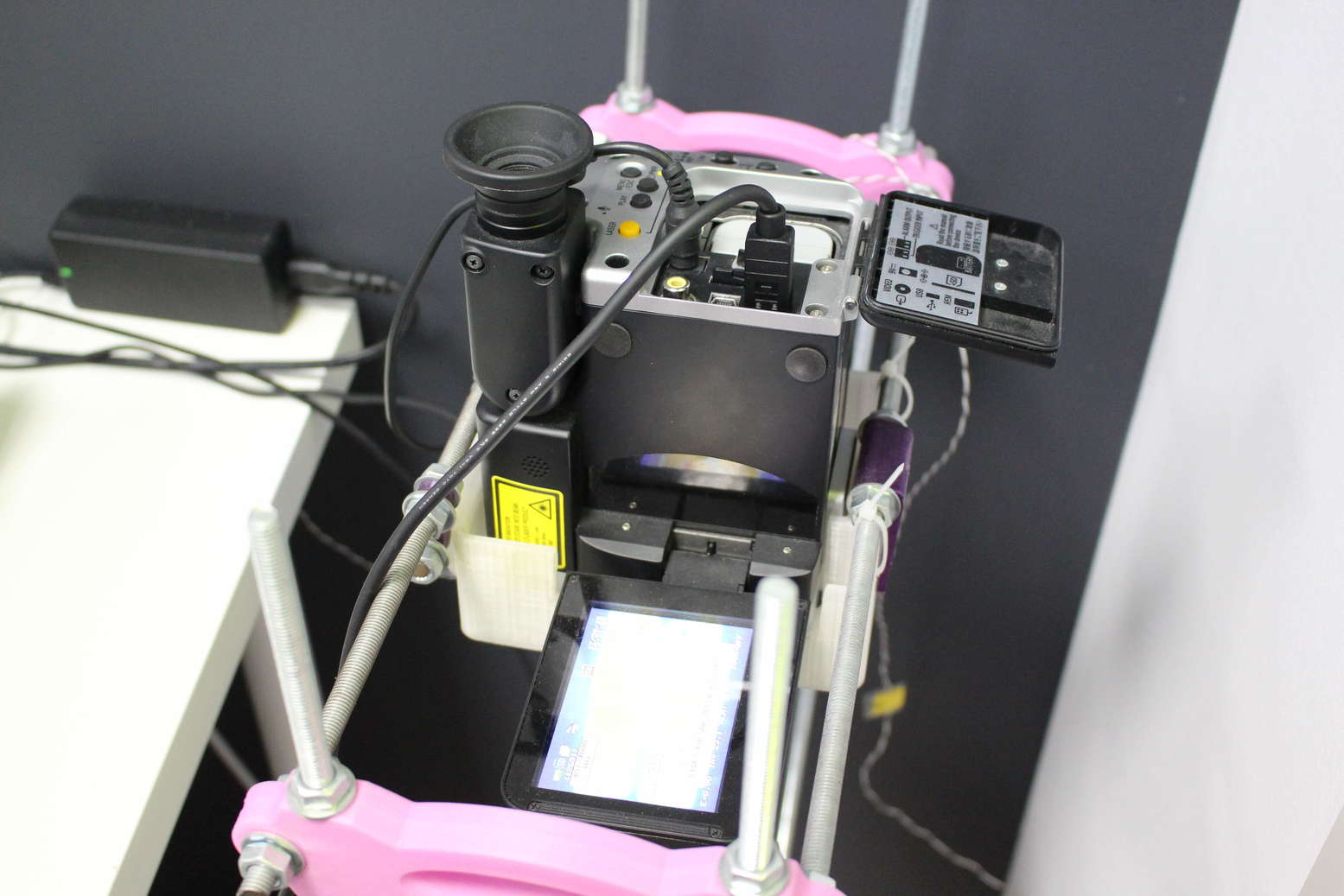 After the presentation, we had a guided tour through the offices and labs from bq. This was by far the most interesting part of the day. We had the opportunity to talk to the Engineers and other Employees working on the phones and tablets. At the beginning, we visited the designers. Before we entered the room, they covered the walls, because there were a few new devices, which are not announced yet. While I did see some details about new devices, I sadly didn’t see any signs of the new convergent device running Ubuntu, which was announced to release this year.

Anyway, there were only two young designers, who work on the appearance of the devices. They work closely with the mechanic designers and the bosses to create a good looking device. On their desks there were many drafts of phones and also dummy phones. 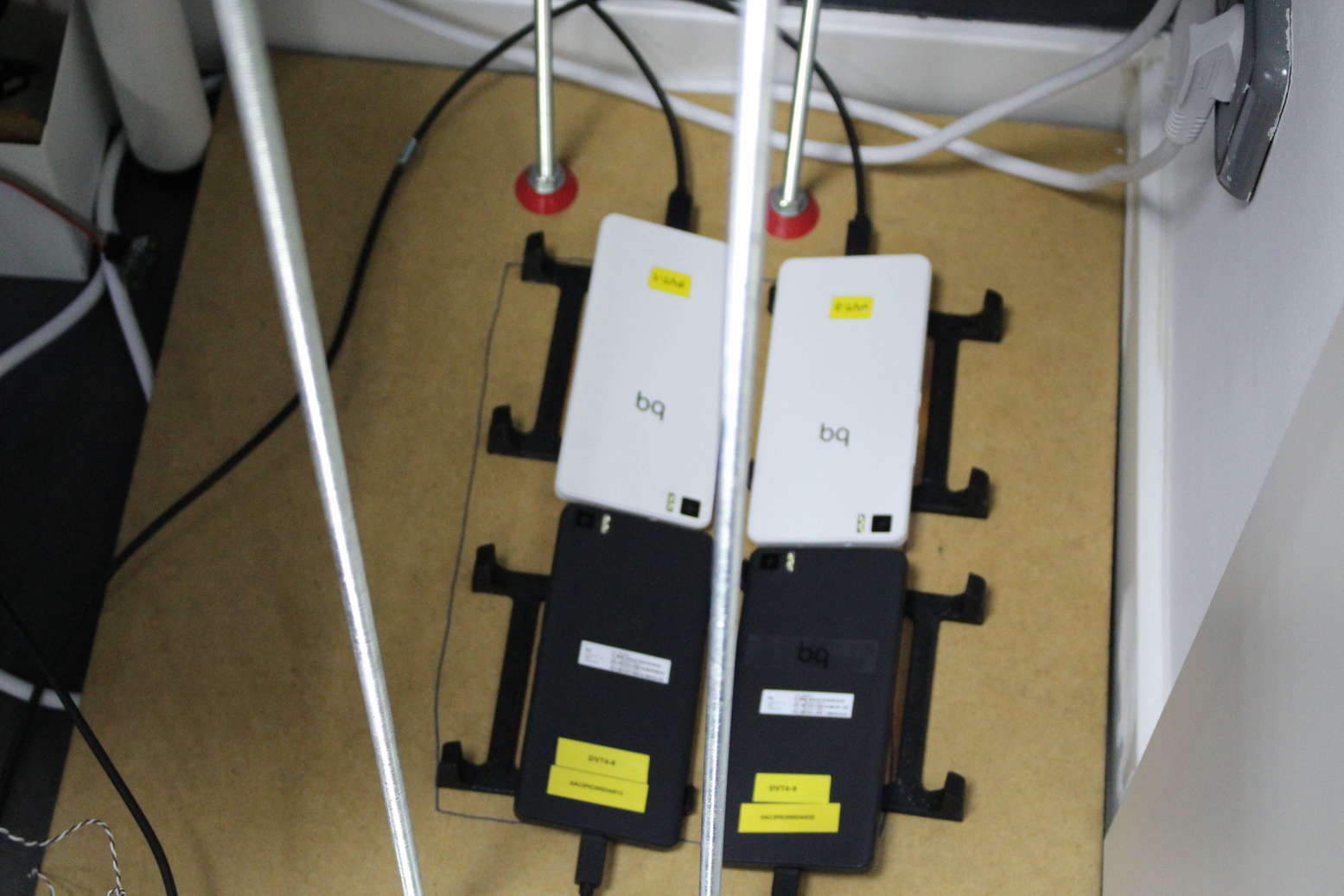 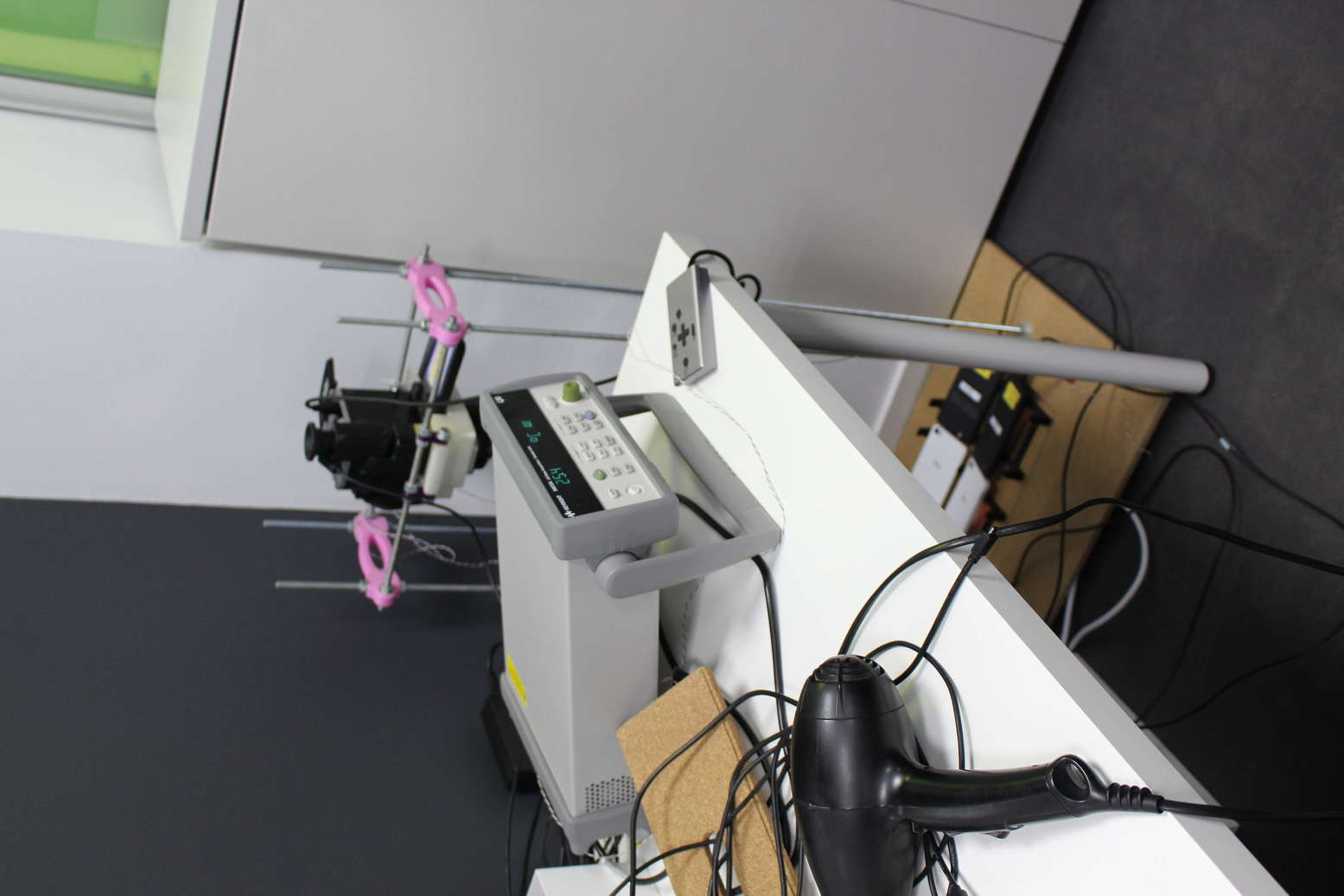 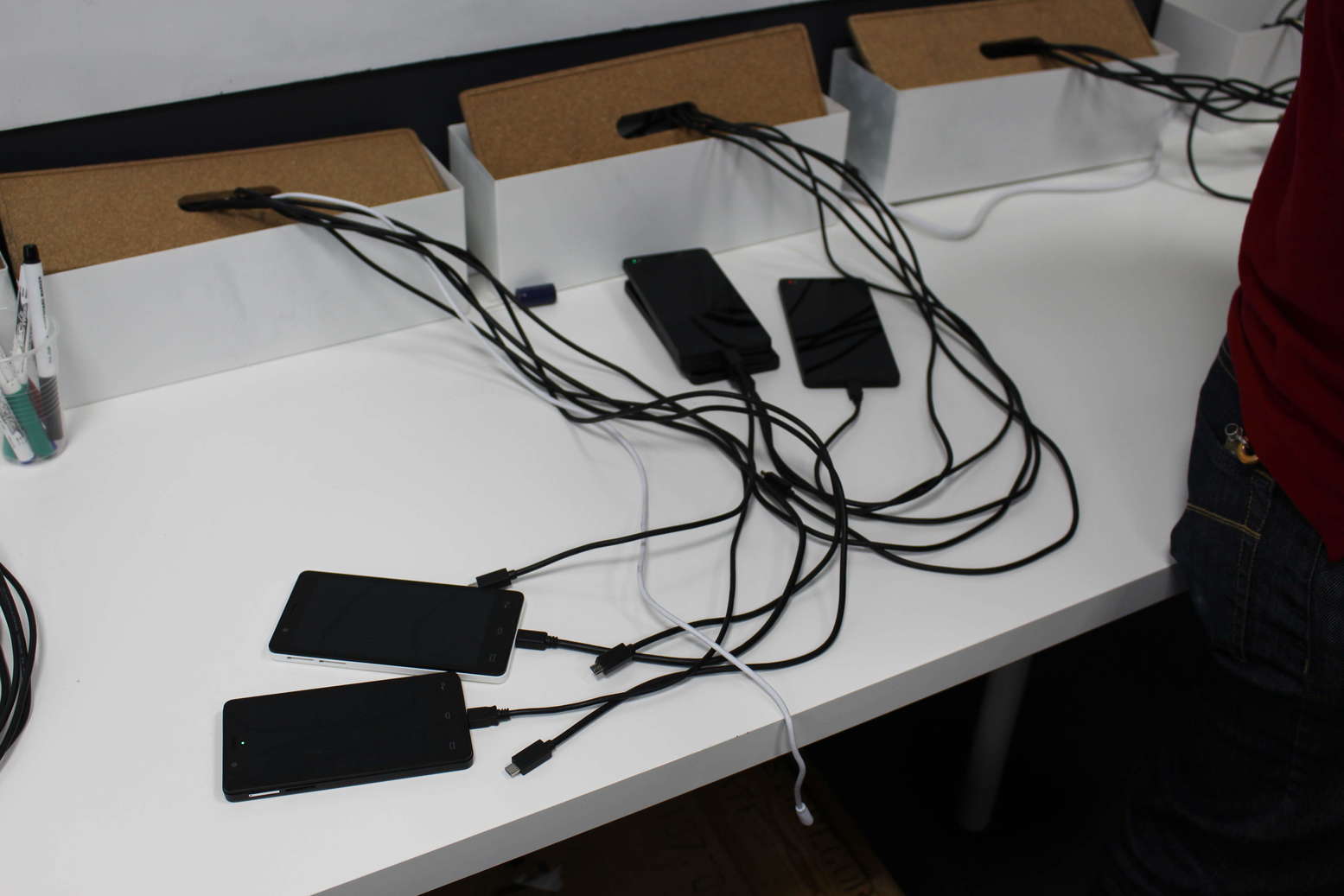 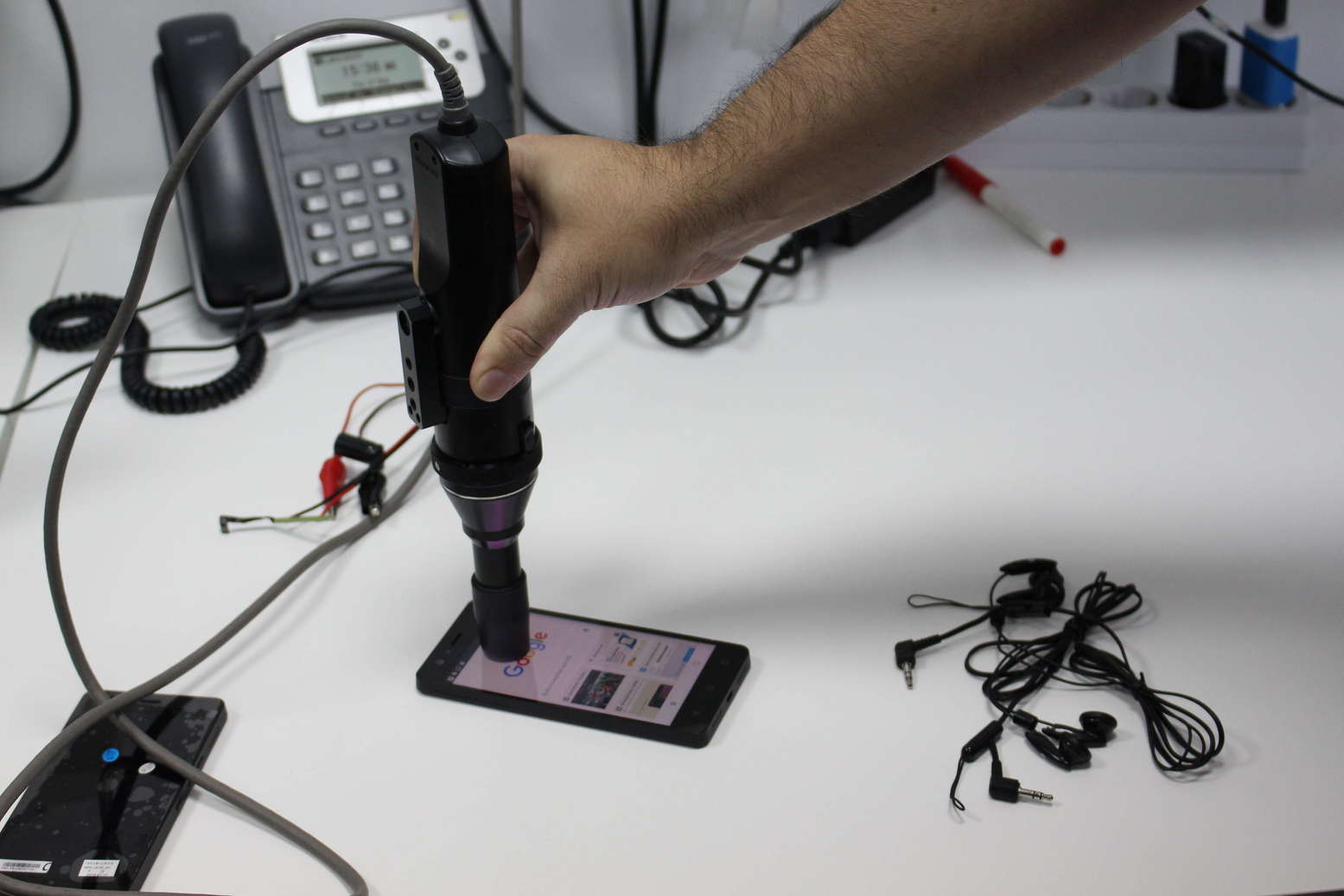 The mechanic designers are responsible for the internal hardware design. This includes the board with the CPU, RAM, WiFi and all other hardware components. The board also has two micro SIM slots and a micro sd slot. When you look on the pictures, you actually see how much space these three things are consuming. Knowing that, it isn’t surprising, that many companiess doesn’t want micro sd slots and dual sim. The rest of the device is essentially the battery, the screen, the chassis and cables and antennas. The hardware designers are also responsible for the power consumption and the quality of the radio antennas. The production of the device is completely done in China, while the QA-Process is done in Spain. 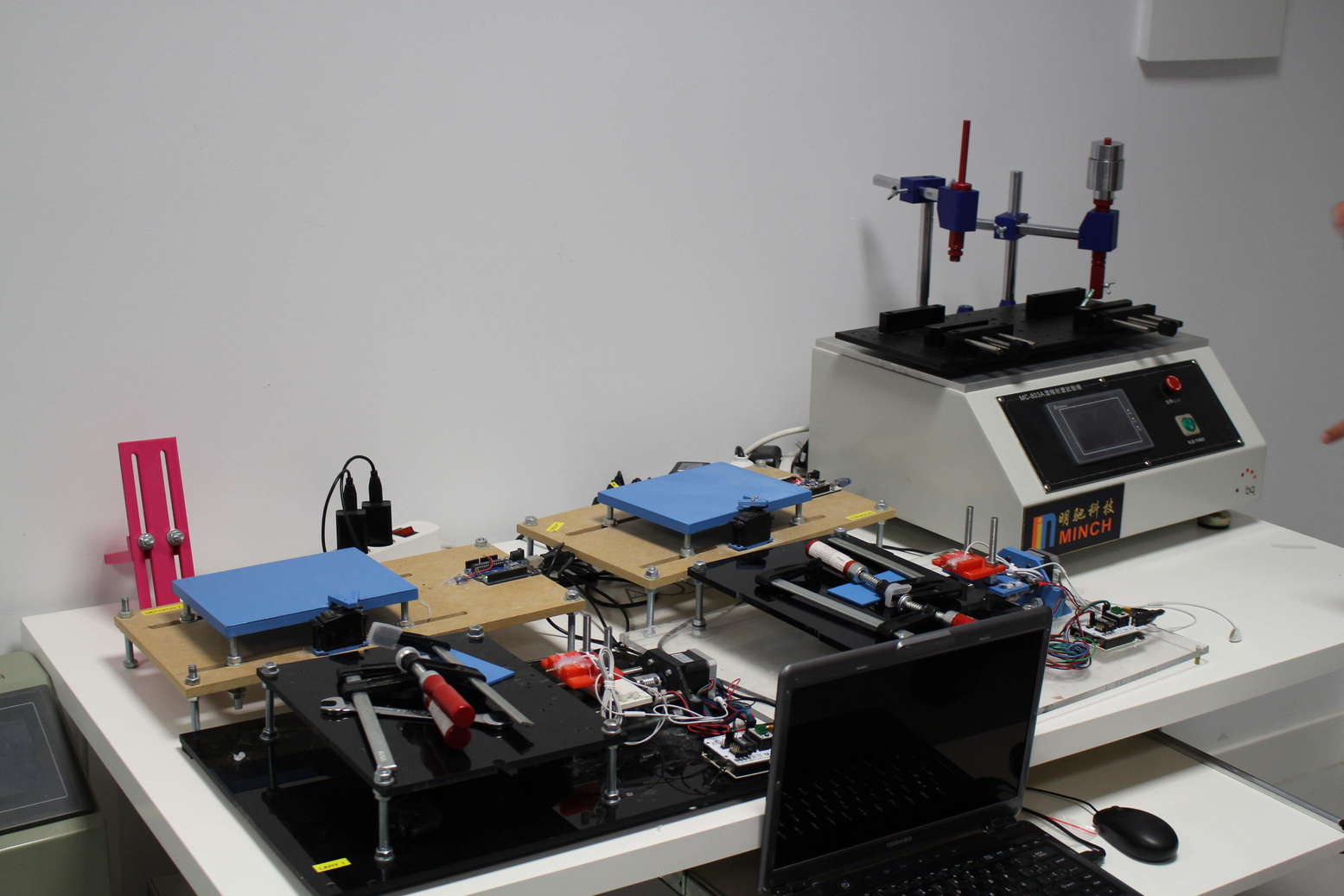 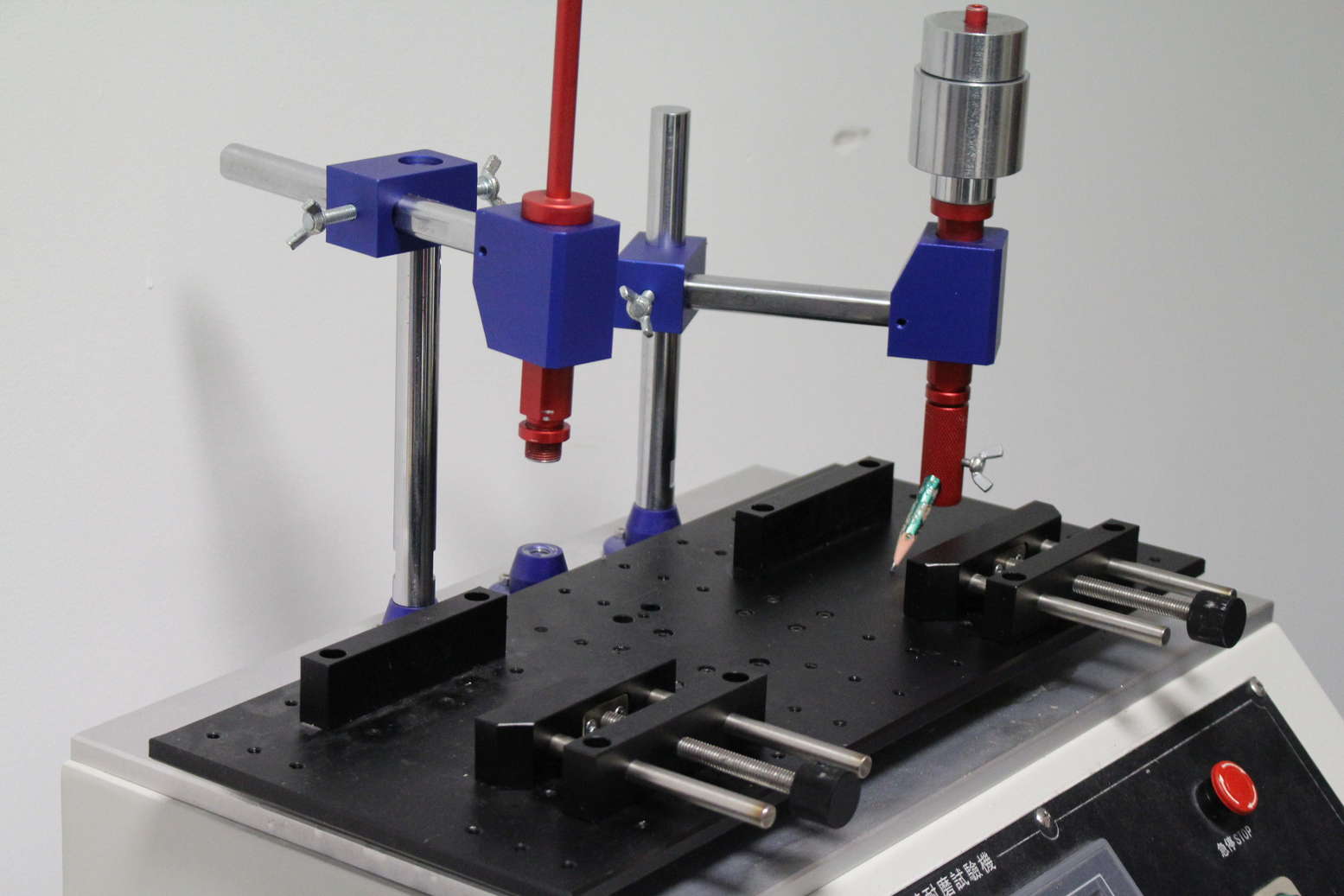 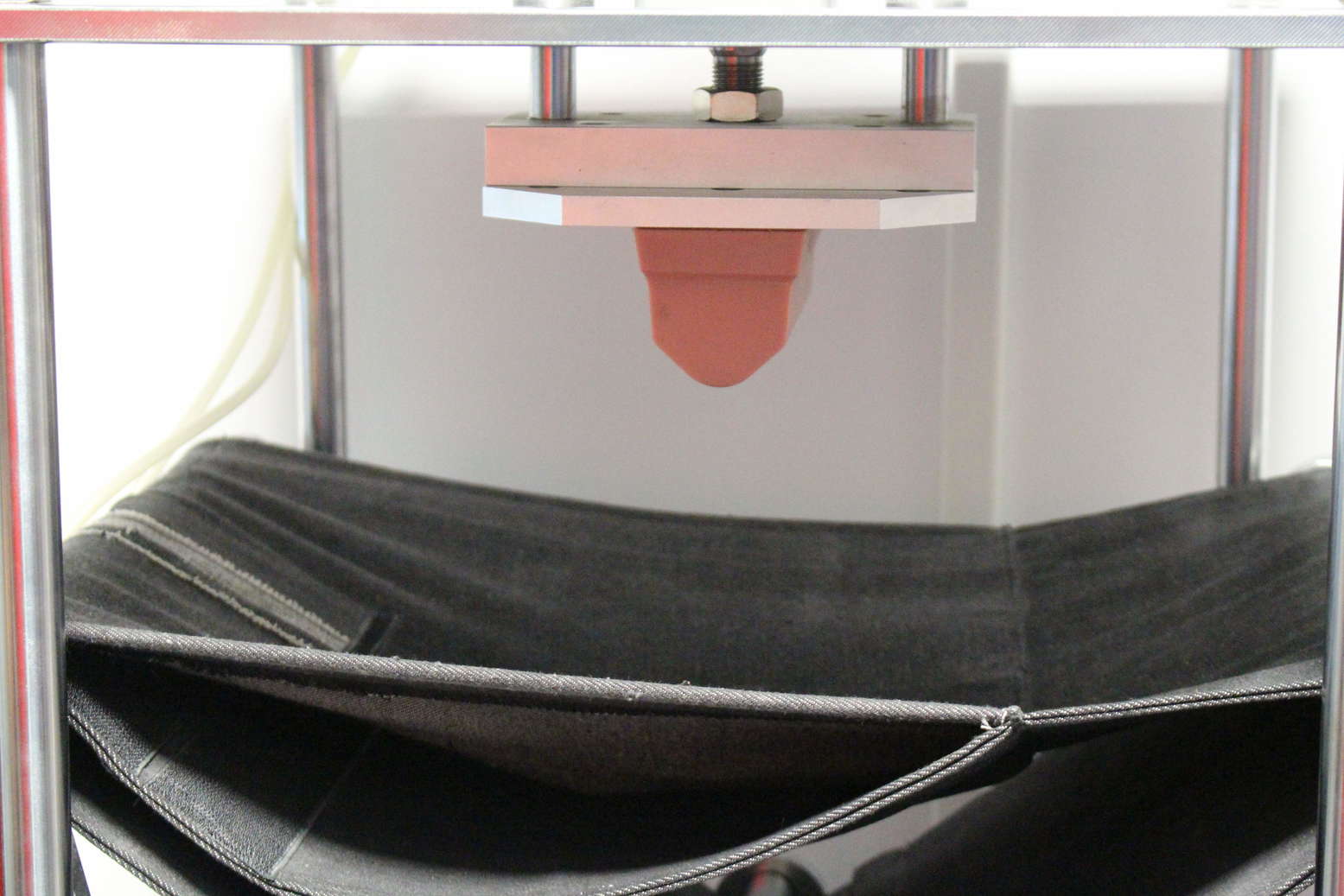 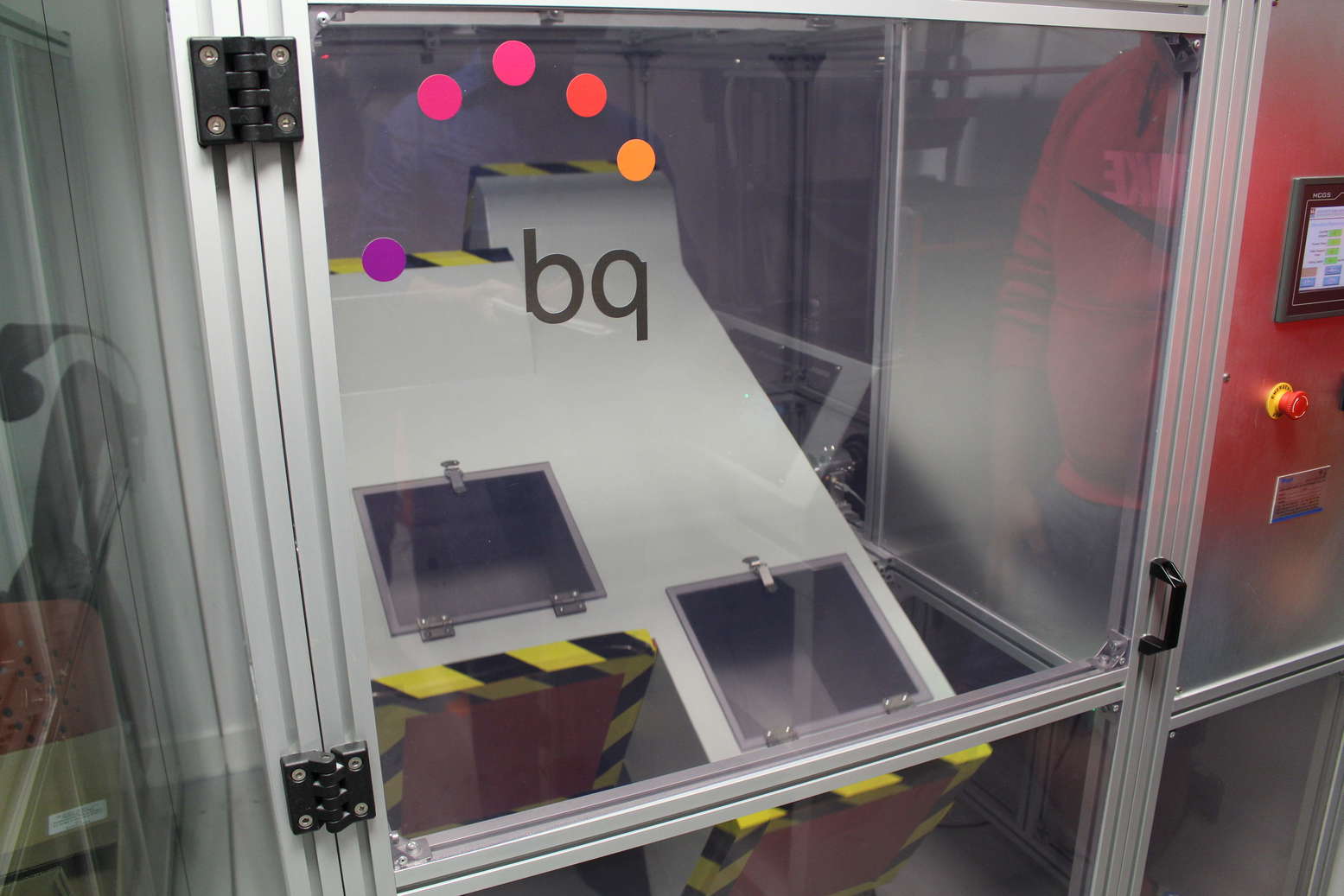 BQ runs seven different tests in their labs. The “Vibration Test Machine” doesn’t test the vibration motor, but they put the device into the machine, which vibrates heavily. The goal is to make sure that no parts of the device are getting loose. This test will run several hours. The other test checks the connections and buttons of the device. So it will plug and unplug USB-Cables, Headphones and press the volume and power buttons. With this test, they want to make sure that the quality is good enough for many years. The third test could be named the “Bendgate”-Test. If you remember the Bendgate from the iPhone 6+, you might remember, that the device got bend, when you put it in your back pocket of your jeans. BQ are running those tests on their devices, also for a couple of hours. Most people break the screen or the glass of the screen on their device, here they execute two different drop tests. The simple one just drops the device from a small height, like you drop your phone onto the table. The “Tumbling Test Machine” on the other side simulates dropping your phone from a higher height. The last machine is a huge machine, which raises much dust. With this test they’re making sure that there won’t be any dust in the device, like under the screen or on the camera lens. 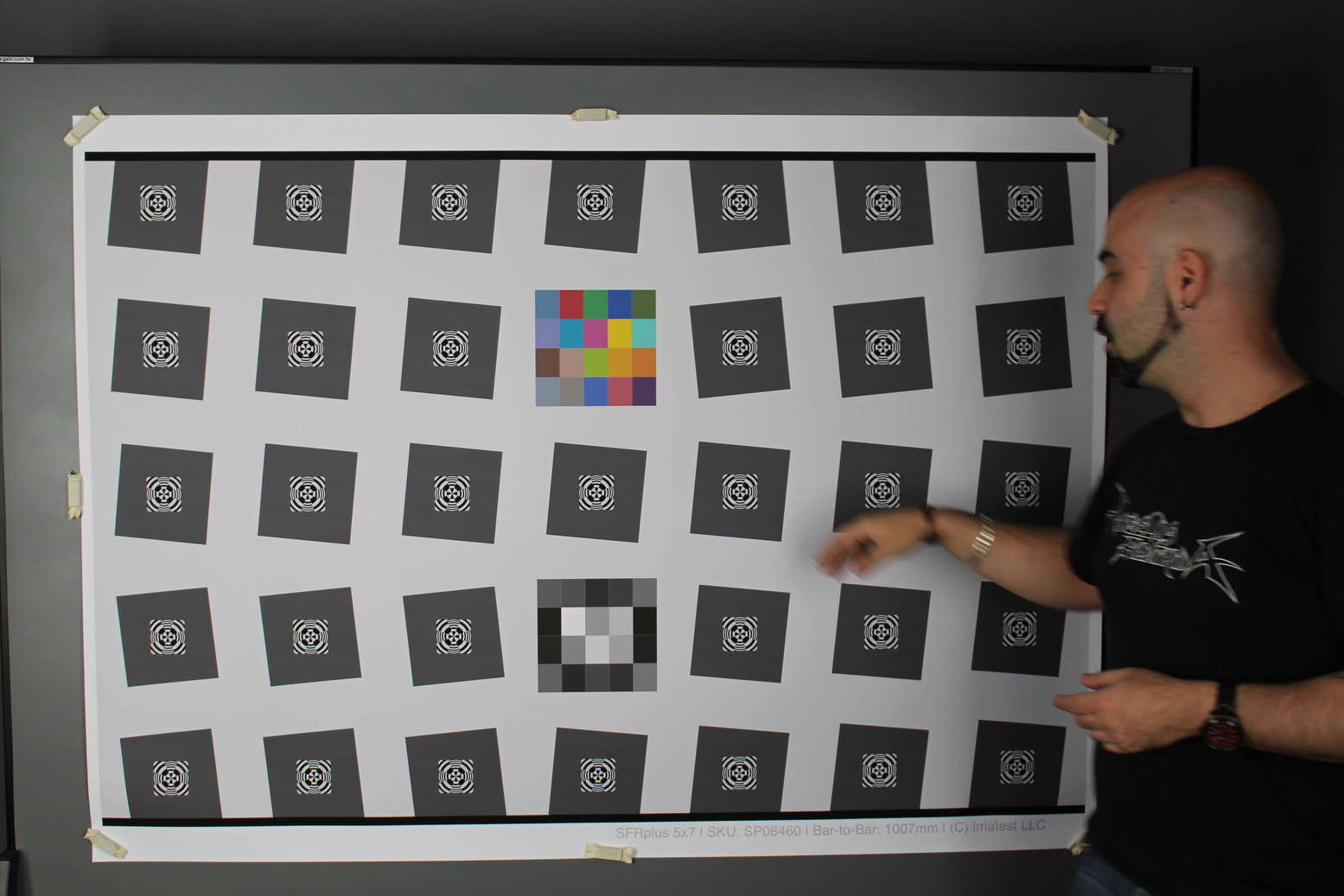 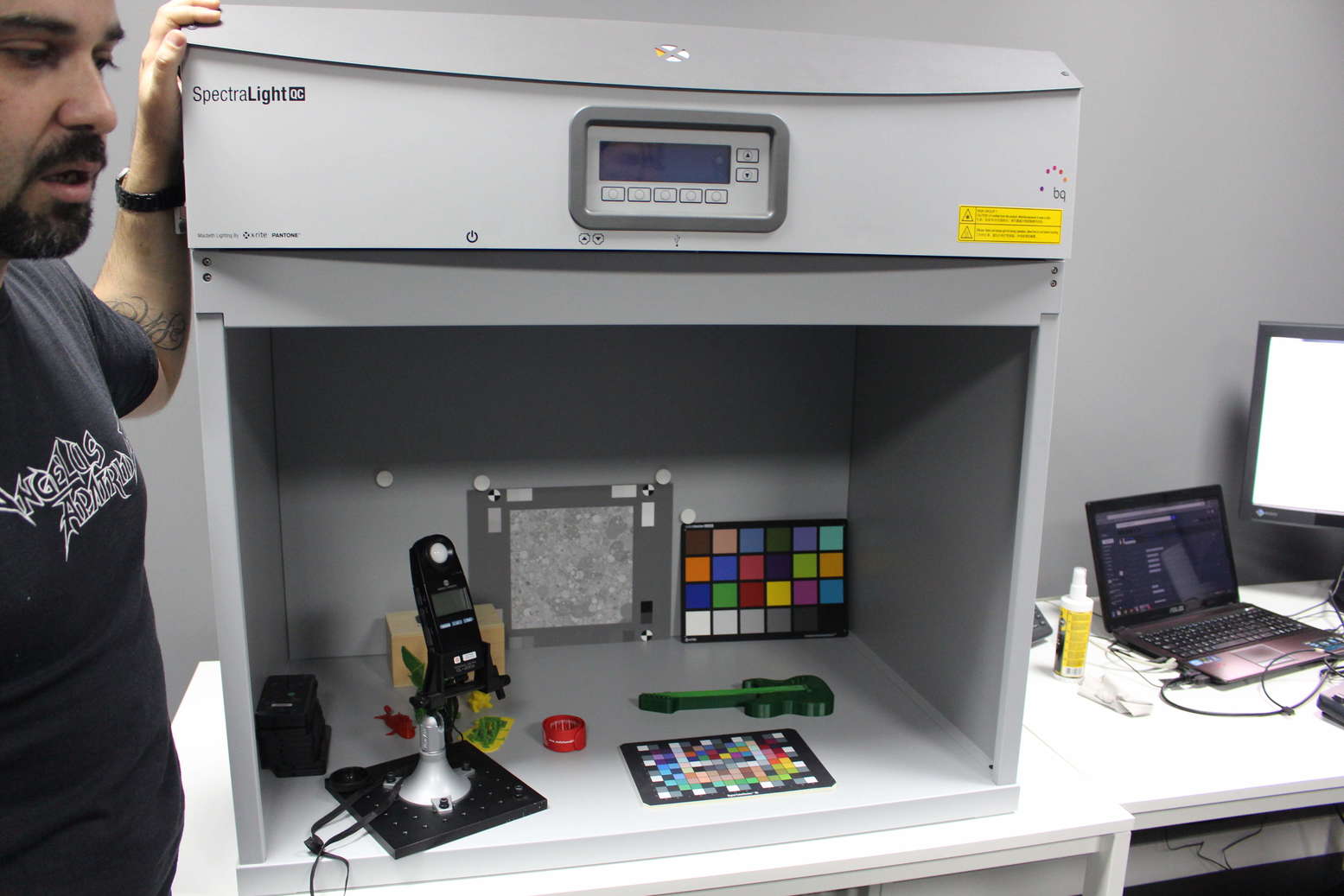 We had a good view into the production and testing details of bq. They were also open to any questions. BQ answered the question, why they’re also selling Ubuntu Phones and Android One Phones, that they want to be open for other opportunities to don’t miss any new options. Therefore, they also said, that they were quite surprised by the amount of sold Ubuntu Phones. During the visit I also made a video about all the testing machines, which you can watch here on YouTube. The video is in German though, but you’ll get the most of the stuff, if you read this article ;-).